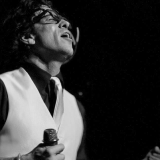 Alexander Sky’s introduction to the dance community in late 2004 showcased his deft writing and vocal talents on his debut MoreHouse single "I've Got It Bad." Hammered by a virtual who’s who list of tastemakers in clubland, “Bad” shot to #11 on the DJ Mag Hype Chart, and enjoyed high critical acclaim.

His second collaboration with LA super duo Groove Junkies, along with multi-talented Producer/DJ Andy Caldwell picked up where “Bad” left off. “I Believe In Dreams” was yet another gem that moved the most discernable of dancefloors, and had strong crossover potential. Alex’s dreamy, Sting-esque persona takes you on a vocal ride that keeps you thoroughly engaged from beginning to end. His artistry exudes a quality of timelessness that simply breaks down barriers, and relates to the listener on an intimate level.

On his most recent MoreHouse single “The White Light”, his vocal styling will remind you of crooners such as Christian Urich from Tortured Soul, Kem, Jay Kay, Robert Smith from The Cure and is even Bono-esque at times, but at the end of the day it is uniquely his own. Preview & Buy 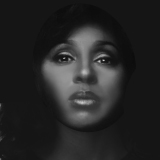 Diane's Funkphisticated sound and phenomenal vocal range will simply knock you out! Originally from Cleveland, Ohio and presently residing in Los Angeles, Diane has been mesmerizing audiences around the world for some time now. Whether performing as the opening act for artists such as the O’Jays, Ashford & Simpson, Whispers, or singing backgrounds for Luther Vandross, Aretha Franklin and Chaka Khan, her interpretation of music draws people into her world and takes her audiences on a musical journey. With strong artistic credentials and an amazing command of the stage, MoreHouse has been blessed to have had Diane front and center on some of our biggest songs to date (“Dr Feelgood,” “Midnight,” “Didn’t I Bring You Love” and “I’m Dying Inside.”) Diane’s God given talent has never shined brighter than on her most recent MoHo release; her amazing interpretation of the Beatle’s classic “Let It Be.” Her distinct soulful, bluesy, Gospel tinged style turned out to be a perfect marriage with McCartney’s poignant lyric and melody. 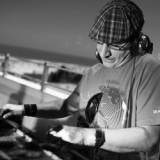 His globally known and highly touted MoreHouse Records imprint celebrated its 10 Year Anniversary in the Fall of 2012. Evan has helped coordinate over 60 successful releases on the MoreHouse imprint including numerous chart topping hits such as his last release “Let It Be,” a slammin’ interpretation of the Beatles classic. Evan's original productions and remixes have amassed an impressive 18 Top 10 positions on Traxsource’s main Top 100 download chart, as well as the coveted no. 1, 2 & 5 slots on the European based DJ Mag Hype Chart and a couple of Top 5 positions in Billboard’s Top 100 Dance chart. His body of work has garnered DJ support from industry legends such as Frankie Knuckles, Louie Vega, Kaskade, David Morales, Roger Sanchez, Ben Watt, Joey Negro and Tony Humphries, along with a ‘who’s who’ list of industry tastemakers. 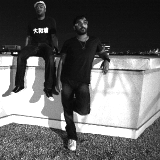 Influenced by the sounds of funk, soul, disco, ska, reggae and calypso; and drawing inspiration from House Maestro’s Louie Vega, Kenny Dope, Frankie Feliciano and Kerri Chandler amongst others, Guerilla Science have been bubbling in the underground House scene for a number of years, cultivating a loyal following with their 90's inspired East Coast style productions. Their original works and remixes have added to the output of labels like Eddie Perez's Mentalinstrurm, Mixed Signals Music, Soulstream Records, Soundtrack Recordings and Shines Records and gained international critical acclaim, support, and charting from the likes of Roy Davis Jr., Bugz In The Attic’s Afronaught, DJ Oji, Carlos Mena, V and Tyrone Solomon of 83 West fame. The talented duo have also spread their unique brand of deep and soulful house by gracing the decks at top billed Toronto dance events like United Soul's "Do You Love House" and the Roxy Blu reunions, as well as Jojo Flores’ famed “Therapy” soiree. They’ve also shared the stage with top shelf DJs such as Dennis Ferrer, Todd Terry, Nick Holder, Dino & Terry, and Lars Behenroth to name a few.
Preview & Buy Guerilla Science 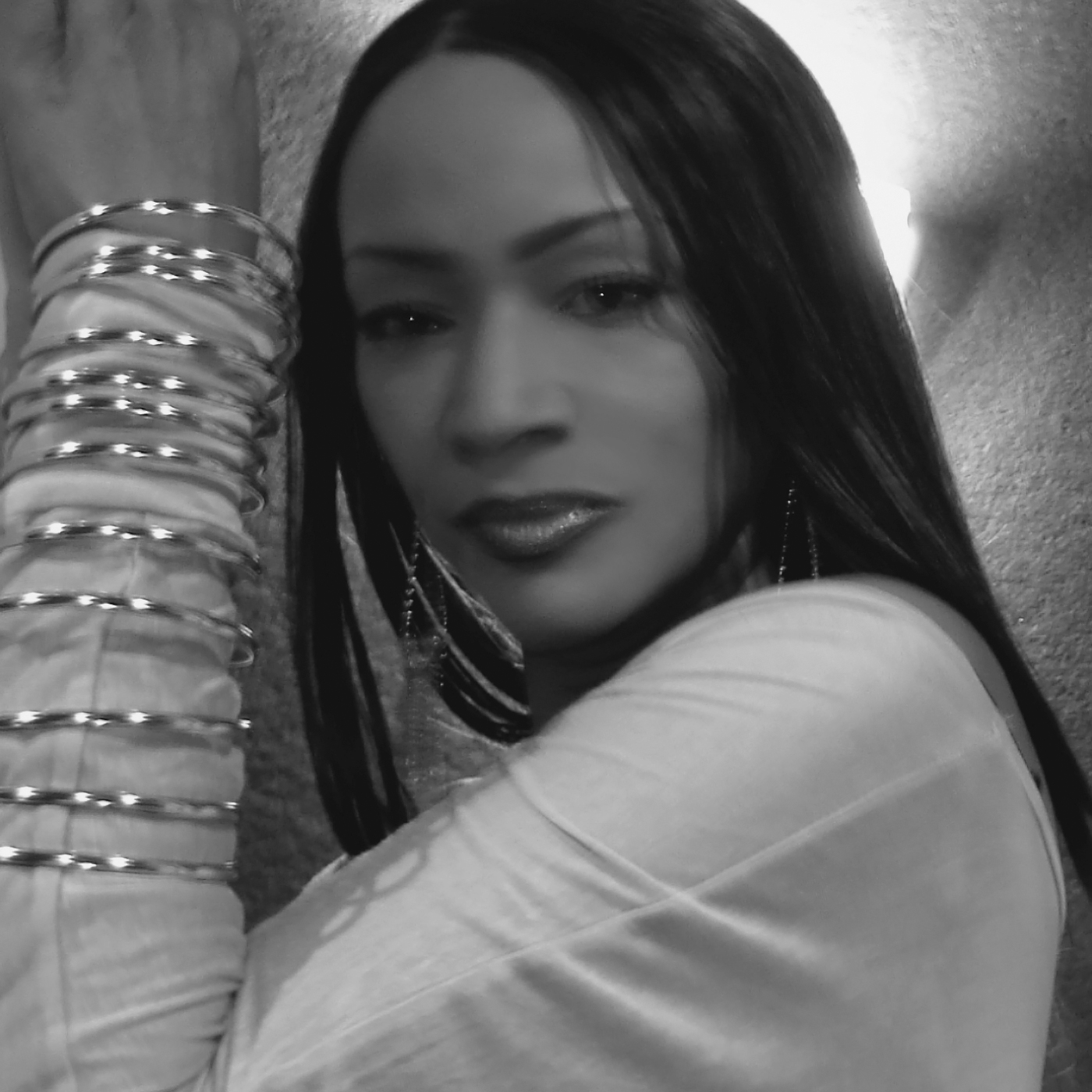 MoreHouse veteran Indeya (pronounced In-day-a) has brought her signature soul, passion, and heat on some of MoHo’s biggest selling titles such as “Music’s Gotcha Jumpin,” “Gonna Get By,” “Oh Lord,” “Unified (As One)” and “You Know How To Love Me". The Detroit native, who is a natural for the spotlight, draws upon musical influences firmly rooted in Jazz, R&B, and Gospel. Her compelling five-octave vocal range, coupled with an electrifying on stage demeanor has afforded Indeya opportunities to showcase her amazing talent on a global scale. She’s shared the stage with the likes of Patti Labelle, Anita Baker, Wynton Marsalas, Joe Sample, George Duke, Herbie Hancock, & David Foster, and has performed at notable events such as The Monterrey Blues & Jazz Fest., The Playboy Jazz Fest., The Official Grammy After Party, & The Victoria's Secret Fashion Show. 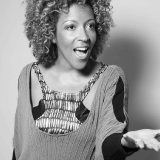 Joi Cardwell needs no introduction. She has blessed us with so many gems over the years. Songs she’s written and performed on like “Club Lonely”, “Trouble” and “You Got To Pray” are considered to be true ‘classics'. Most recently, she shot to the top of the charts yet again with her fantastic interpretation of the Jones Girls' classic “Love Somebody Else,” produced by Deep House Don Maceo Plex. After 25 years in the biz, millions of records sold and critical acclaim on 6 continents, she is still going strong!

Her debut single on MoreHouse “What’s Freedom,” was a collaborative effort between Groove Junkies' Evan Landes, MoHo recording artist Solara, (who co-penned and contributed stellar background vocals) and Joi. These three uniquely different creative souls came together with one goal – to write a great song with an instantly memorable hook that everyone could relate to, that simply makes you wanna move! It was a match made in heaven. The original full-length version was included on Groove Junkies' “In The Zone” LP and received critical acclaim from all corners of the world. It also received support from DJs such as Sandy Rivera, Jask, Richard Earnshaw, DJ Spen, Frankie Knuckles, Groove Assassin, and Montana & Stewart just to name a few.

At its core, “What’s Freedom” explores the necessity of individuality and seizing the blessings of each day. Joi’s ability to deliver such an honest, heartfelt vocal with such ease reminds us all why she is regarded as one of the most respected singer/songwriters on the scene. Everyone here at MoreHouse is thrilled to have her be part of our extended fam! Preview & Buy Joi Cardwell 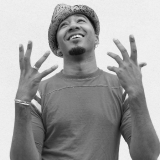 After spending many years as a spoken word artist and performing all over the country, Louis Hale began deepening his relationship with House music first through dance, then by spinning rhymes with the DJs and producers that moved his soul. This gifted poet on the rise has previously lent his talent on projects for House dons such as Miguel Migs, Deepswing, Justin Michael, Kemal, Yogi & Husky, and Joshua Heath. His tunes have been remixed by a stellar array of producers including Richard Earnshaw, Jay J, and Will “Reelsoul” Rodriguez to name a few. 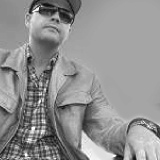 “I Put My Faith In You,” “Love Has Come Around”

Morten Trust (AKA Soulmagic) has been producing and DJing on the Danish and international house scene for more than 20 years. Over the years he has enjoyed the support of superstar DJs like Roger Sanchez, Satoshie Tomiie, Brian Tappert, J Jay, Grant Nelson, and Copyright to name a few. His critically acclaimed cover of the Donald Byrd classic “Love Has Come Around” debuted on MoreHouse in 2003, and was followed up in 2004 with his #1 DJ Mag Hype Chart Hit “I Put My Faith In You” featuring dance superstar Ida Corr. Morten’s signature soulful, funky production style is in fine form on both cuts.
Preview & Buy Morten Trust 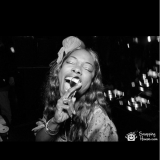 Upon her first MoreHouse offering in 2003, Solara made an immediate impact as the vocalist and co-writer of the critically acclaimed clubland smash “Deeper” which debuted at #2 on the DJ Mag Hype Chart. The woman with the midas touch scored again on her second MoHo release “Sunshine (Sol Brilliante),” this time capturing the #1 slot on the DJ Mag Hype Chart! This led to her flawless vocal interpretation on Ben Watt’s “Lone Cat,” the first single on his Buzzin’ Fly imprint which further enhanced her reputation as an ‘artist on the rise’ within the global dance community.

Future releases on Om Records (“Just Groovin,” “Paradise”) and MoreHouse (“Life Is What You Make It,” “Pulled Me Through”) showcased the maturity of a seasoned veteran and revealed the varied colors and shades that her unique artistry possesses. Solara can boast staunch support from a veritable who’s who list of internationally known DJs such as Louie Vega, Frankie Knuckles, Sandy Rivera, Tony Humphries, Miguel Migs, Marques Wyatt and many more. She’s received stellar reviews in trade magazines such as DJ Mag, IDJ, M8, and Discoid. Her music has been licensed and featured on compilations such as Hed Kandi’s “Stereo Sushi,” Ministry Of Sound’s “Ritmo Bacardi,” Seamless Recording's “Bargrooves” and Om Record's “House Of Om” & “Summer Sessions".

Her songs have been featured on numerous international radio shows such as BBC’s Radio One, Ministry Of Sound, Hed Kandi and Galaxy FM in the UK, as well as Radio Italia in Italy, UDM in Switzerland, Radio Norway, KCRW, and Power Tools in the US. Preview & Buy Solara